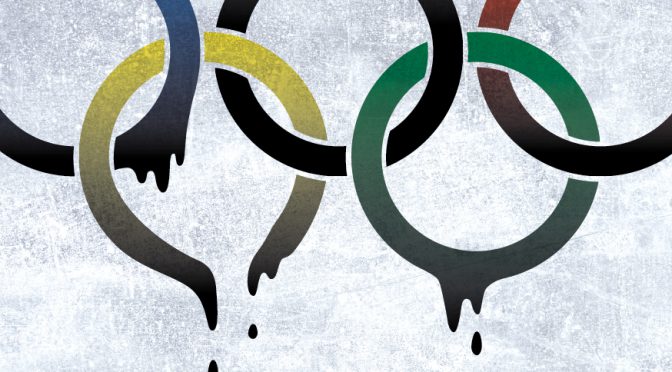 FUKUSHIMA is NOT “Under Control”!

Tokyo 2020 Summer Olympics is approaching. Some Olympic games are planned to be held in Fukushima although the current situation is far from to be said “under control”: The damaged nuclear reactors continue to diffuse radiation throughout the atmosphere, the contaminated water is leaking into the ocean every day, hundreds of thousands of people lost their homes and the foundation for life and those affected people still have to deal with the long-term hardship and pain. The government of Japan has been misusing the Olympic games to display to the world that the nuclear disaster is over. They underestimate the real damage and impact of the worst nuclear disaster in the history and make us believe that the situation has been back to normal. Instead of putting the priority to provide relief to those who continue to suffer from the disaster, the government of Japan is rather promoting evacuees to return to their hometown which is still heavily contaminated. They just raised the acceptable level of radiation for residents by 20 times higher than what was applied as the maximum level of annual exposure before the accident occurred. We must say NO to this policy!

Nuclear power is NOT a solution to climate change!

High risk of contamination: Nuclear reactors produce harmful radiation almost permanently.
Too dangerous: As we have learned through the disasters of Fukushima and Chernobyl, serious accidents are unavoidable. Technology of nuclear energy also serves increasing the ability to develop nuclear weapons.
Enormous cost: Nuclear energy is eventually the most expensive way to reduce greenhouse gas emissions.
Unjustified theory: The theory that the supply chain of nuclear fuels has a lower CO2 emission is unjustified.
Inflexible to control: Nuclear power generation is not flexible to control comparing to renewable energy.
Too slow to save climate: Climate change give us no time to wait until the new generation develops a “harmless nuclear power”. (This does not necessarily mean to agree with the new generation nuclear technology.) 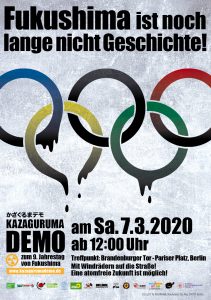 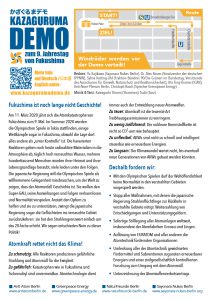